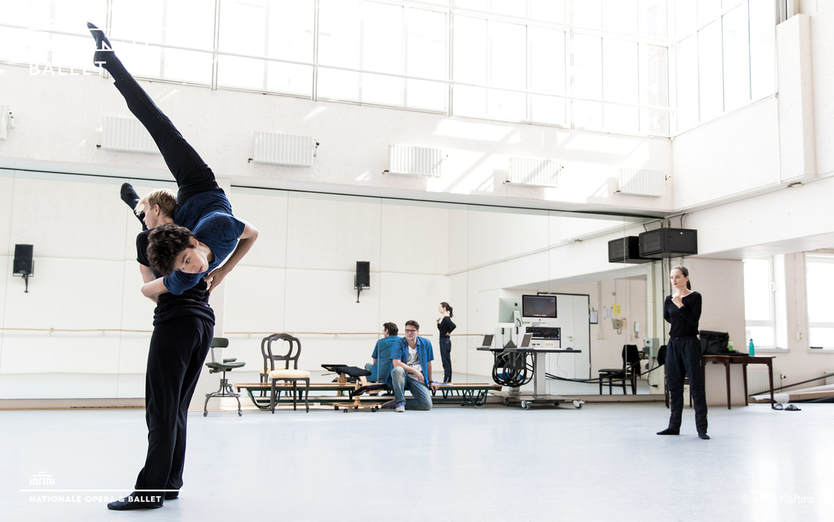 Two and Only
A duet, which I especially choreographed for Marijn Rademaker (principal) and Timothy van Poucke (éleve), dancers from Dutch National Ballet.
Two and Only is set to the touching songs of Michael Benjamin, who performs live with the dancers on stage.
The title Two and Only refers to the uniqueness of a relationship, to the live and human art forms dance and music, but also to the artists themselves and the love for their art..
Ted Brandsen, artistic director of Dutch National Ballet, invited me to choreograph for the Gala to Michael Benjamin's music, and that is how Two and Only was born.

Marijn Rademaker was nominated for the prestigious Prix de la Benois for his role in Two and Only.
On the 5th June 2018 Two and Only was performed on the  Benois Award Ceremony at the Bolshoi Theater in Moscow.
​
​Two and Only
Choreography: Wubkje Kuindersma
Dancers Dutch National Ballet: Marijn Rademaker, Timothy van Poucke
Balletmaster: Guillaume Graffin
Music: Michael Benjamin
Light-design: Bert Dalhuijsen
Duration: 10min
Premiere: 12th September 2017 Muziektheater Amsterdam ( at Openings Gala HNB)
(For other shows, see underneath)
¨... Earlier, a new name to watch, Wubkje Kuindersma, made a splash with Two and Only, set to songs by Michael Benjamin. Musical and never sappy, this duet for two men, Marijn Rademaker and Timothy van Poucke, portrayed emotional intimacy with a light touch. The piece held its own next to a wry, tongue- in-cheek pas de deux by Dutch master Hans van Manen, Déjà vu — no small achievement for Kuindersma. ¨
Laura Cappelle - Financial Times
¨...Wubkje Kuindersma had the tough challenge of presenting her new work alongside a classic by Hans van Manen, which she did in style with Two and Only, a male duet pairing Rademaker, an experienced lead soloist, with apprentice dancer Timothy van Poucke. Kuidersma's ¨double¨was singer-songwriter Michael Benjamin, who performed two songs live on stage, accompanying himself on guitar for ¨Long Overdue¨and on piano in ¨From Blue to Red¨. Making no attempt to interpret the lyrics, Kuindersma nonetheless kept up an absorbing emotional momentum through her choreography, which was sentimental without being mawkish, and immutable without being banal. Here was a new choreographer of which to take note.¨
Graham Watts - Dancing Times 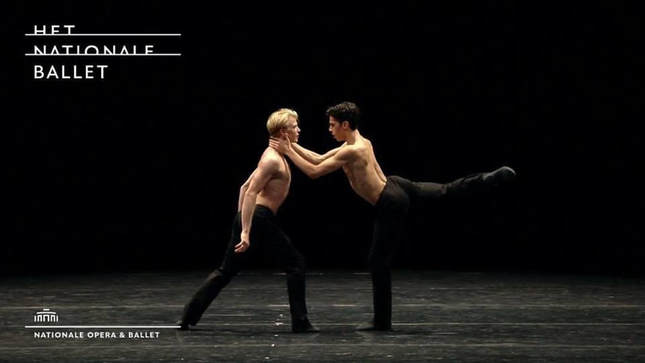 ¨...Two and Only by Wubkje Kuindersma is the most affectionate work of evening. She created the piece especially for soloist Marijn Rademaker and élève Timothy van Poucke, an interesting partnership between a young dancer who is just starting his career and an experienced dancer who is at the top. The work is about universal love and the perishability of it. The duet between the two man combines power and masculinity with tenderness, and there is a sense of warmth and pain at the same time. Perhaps it is a memory of a relationship that once was. Singer and songwriter Michael Benjamin performs his touching songs live with the dancers on stage, adding to the intimate atmosphere.¨
Isabella Zijp - Bachtrack 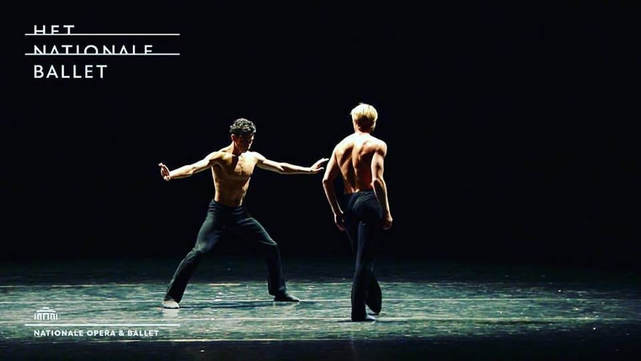 ​¨... Add the charming male duet of Wubkje Kuindersma, with live vocals, guitar and piano by singer-songwriter Michael Benjamin, and Dutch Doubles also gets class. This Two and Only, from 2017, beautifully danced by the young, water-fast Timothy van Poucke and the mature, strong Marijn Rademaker, has everything to become a classic.¨    (translated from dutch)
Annette Embrechts - Volkskrant

"...The only premiere of the evening was Wubkje Kuindersma’s duet Two and Only. It brought an unusual combination to the stage with Rademaker, a dancer at the top of his career and young élève, Timothy van Poucke. Kuindersma had seen the pair together and sensing a chemistry, she had developed it further. Set to Michael Benjamin’s music performed live on stage, it was a moody, unsettled duet of possible liasions. The unconventional relationship gave heightened innovation to the choreography and despite Rademaker remaining alone on stage at the close, it left a residue of warmth and affection..."
Maggie Foyer - Seeingdance (review on the openingsgala sept  2017)
​ 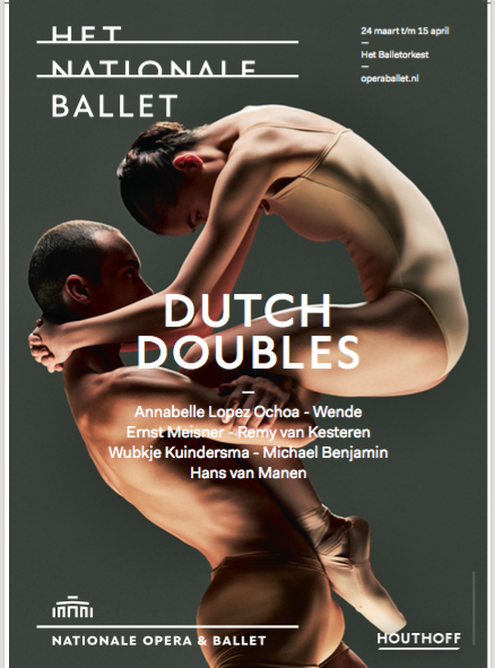 "..Kuindersma has a contemporary background , but seems to feel perfectly at home amongst the classically trained dancers. Her duet for Rademakers and élève Timothy van Poucke fills the big stage with emotions of lost love, goodbye and sorrow, formulated in a clearly structured choreography. Key are the songs of singer-songwriter Michael Benjamin, who in style and voice sometimes remind a little of Johnny Cash..."   (translated from dutch)
Theaterkrant - Francine van der Wiel
​
7PLAYLIST
30.September + 1st October 2017 :
International Balletgala XXVI  Theater Dortmund, Germany